Bonding With Your Dog Involves A Lot Of Looking At Each Other. 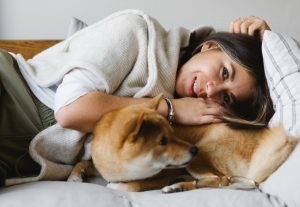 That the dog is man’s best friend is not new to anyone. Anyone who has a puppy at home knows what it’s like to always have unconditional love and support. Animals appear at the top of people’s list of greatest companions for never abandoning their owners.

And anyone who loves dogs and has one knows how to relate to these animals. And realize that they not only understand what the owner means, but also the way and tone they say things.

The relationship between a human and a dog is very much based on the look. Be it a pleading look wanting a piece of food, or a loving look before licking the owner. Many dogs have mastered this art of eye contact with humans.

Many people may think that this look was a change that came from the fact that dogs have lived with humans for thousands of years. But in reality there are several reasons why dogs look to humans. And a new study has found that some dogs are better at eye contact than others.

“The mutual gaze also plays a role in the dog-human bond. Its duration is associated with increased levels of oxytocin in dogs and their human partners,” explained the researchers. 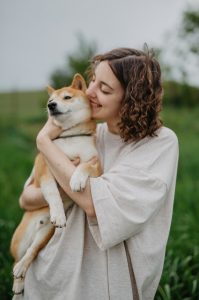 For this study, researchers measured several different factors to investigate what causes dogs to make eye contact with humans. They measured the dogs’ age and play around strangers. In addition to noting the breed and the traditional role that these animals may have played.

The researchers also took measurements of the dogs’ heads. A measure known as the cephalic index. That’s because the ratio between the length of the muzzle and the width of the head greatly changes eye contact and the way dogs see the world.

“They are likely to see the human face more clearly because of its special retina. But it’s also possible that their owners look at them more often, as their facial features resemble a small child, a powerful clue for humans,” said the study’s author, ethologist Zsófia Bognár, from Eötvös Loránd University, in Hungary.

“Because of this, dogs with a shorter nose may be more experienced in making eye contact. Boxer, bulldog, pug and snub-nosed dogs generally have a more pronounced central area in the retina so they can better respond to stimuli in the central field, which can make it easier for them to form eye contact with humans.” , continued.

The study was carried out with 125 adult dogs. They ran a series of experiments, including one where the dogs were given some sausage each time they made eye contact with the researcher.

As expected, the researchers found that the dogs were quicker to make eye contact as the experiment progressed. But they also found that various factors related to the size of the animals’ head and breed had an effect on the speed and amount of eye contact the dog made.