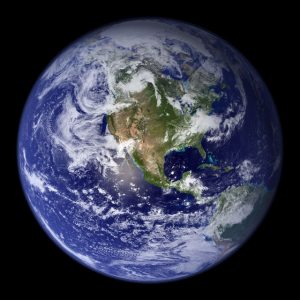 Our planet has a geological age of approximately five billion years. Science dedicated to the study of the Earth divides this age into eras, epochs, periods, ages and phases. In the beginning of all, the Earth had on its surface a molten and hot material, having its most part formed by iron, nickel and other metals. They have been focusing on their core over time.

Approximately 3.9 billion years ago, cooling allowed the rocks to solidify. This gave rise to a solid outer layer on the earth’s surface. This is the crust. And just like good French bread, our planet would be nothing without its crust. And luckily this crust has aged very well.

Our hard, rocky continental crust has been a feature of the Earth for billions of years. However, specifying exactly how many billions of years is difficult. The researchers then studied the decomposition of ancient chemicals that were trapped in rocks to calculate the age of continents.

These substances are usually carbonate minerals recovered from the ocean. However, they are hard to find and are rarely in pure enough condition to be analyzed.

As a result, a team of scientists developed a new way to date the ancient pieces of crust. According to the latest research, researchers have misjudged the age of continents at half a billion years.

According to research that was presented at the 2021 General Assembly virtual conference of the European Union of Geosciences (EGU) on April 26, the researchers showed that when they analyzed a mineral called barite, which is a combination of ocean salts barium released by volcanic vents in the oceans, they found evidence that our planet’s continental crust existed at least 3.7 billion years ago. This is much older than previous estimates predicted. 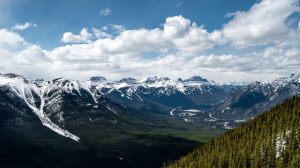 “This is a huge leap in time. This has implications for how we think about how life evolved,” said Desiree Roerdink, lead author of the study and geochemistry at the University of Bergen in Norway.

According to the researchers, marine rocks work to study the continental crust because continents and oceans have a long history of nutrient trading. And the barites, in particular, record this story in an excellent way.

“The composition of a piece of barite, which has been on Earth for three and a half billion years, is exactly the same as when it actually precipitated. It’s a great recorder to observe processes on early Earth,” explained Roerdink.

The key process is wear. After all, when continents wear out naturally they spill nutrients into the seas. And it’s these nutrients that help promote life in the seas.

One of the elements that leaks from the continental crust into the ocean is strontium. And by measuring the proportion of two strontium isotopes in six different deposits of barite minerals, the researchers were able to calculate the ages of the minerals.

They ranged between 3.2 and 3.5 billion years ago. And it was from these minerals that they were able to estimate how long the ancient continents began to leak strontium into the oceans. This process probably started approximately 3.7 billion years ago.

This conclusion researchers drew means that there were well-established continents 3.7 billion years ago. Which is half a billion years earlier than was previously estimated.